Your Account
Order before 3pm (Monday to Friday) for same day dispatch! Free shipping on all orders, free RM24 shipping on orders over £34.99 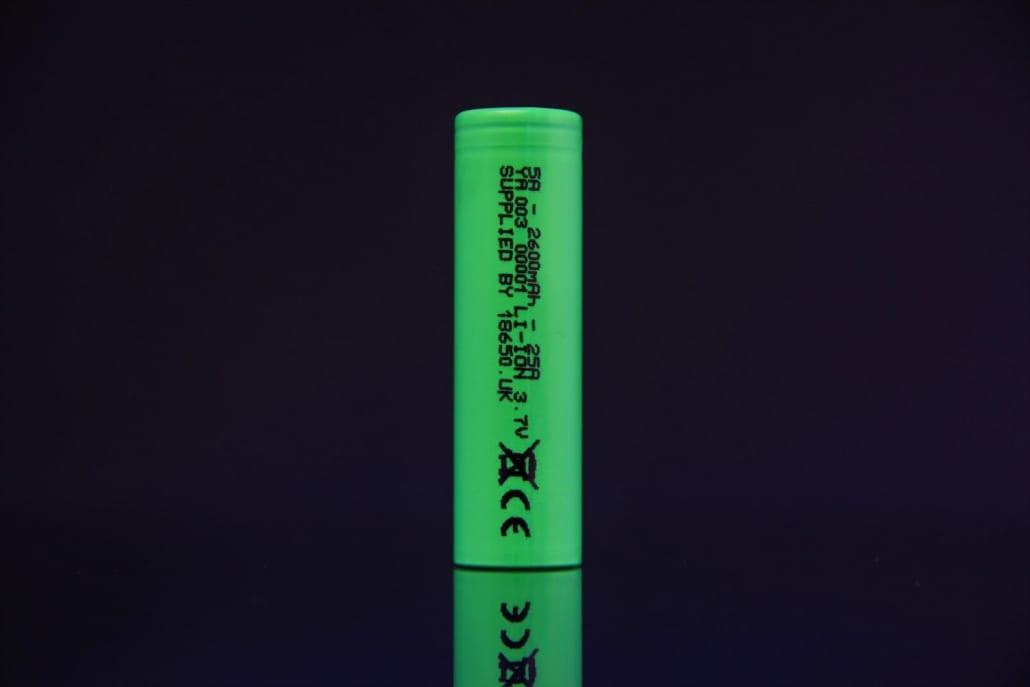 ...you're going to be seeing a lot more of this!

Covered in my recent blog post about battery compliance laws in the UK and EU ( You can read it here ) these markings are the first of their kind on the market in the EU. Fully compliant, manufacturer branded cells. No re-wraps. No laughable ratings. Honest cells, with the markings they should have always had. (Polarity markings are missing from this photo, but are present on shipped cells)

What do they mean?

The first line will be obvious to almost all users. The first part is the model code (a VTC5A in this instance), the second part is the mAh rating, and the third part is the manufacturer stated discharge rating. We have used this for continuity and on manufacturer branded cells (Sony, Samsung, etc) these are generally concurrent with those of community respected cell testers. We will of course never overstate a cell.

The second line contains information currently only important to us. The first part is a date code, the following 5 digits will be a serial number for that cell, on that day. There is also a chemistry marker.

The third line is subject to change. For cells sold via our retail website, they will all have "Supplied by 18650.UK" marked on them. There is scope further down the line for batteries sold to our wholesale customers to have their company name on them.

The manufacturer markings will remain, on the reverse side of the cell.

We have some plans for the second line of data on the cells. We have bought several domains and will be deciding in the coming weeks what route to take however the plan is to launch another website where anyone who has bought a battery originating with 18650 UK can check the serial number against our database of marked cells. If it was initially bought from us, it will show the originator as 18650 UK. Where they have opted in to the service (which will be free of charge for our clients) batteries bought in stores/businesses across the UK that we have sold to can also be checked, and the site will display the name of the company we sold them to. Pretty neat huh?

We accept that any new marking on cells make people nervous. If you happen to see anyone worrying about counterfeiting having seen these markings, please do refer them to this blog post to set their mind at ease. We have invested a very large amount of time and money into this process, and it's for the benefit and protection of the interests of all of our customers, retail and wholesale new and old.